Who do we leave in charge of our business? 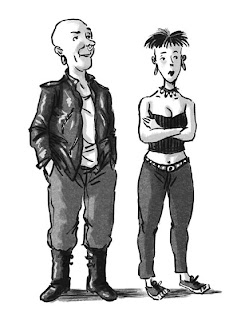 In our desperation to save cost on the amount of money we spend on wages, we employ the wrong people to mind our businesses. With no experience, lack of training or lack of good supervision we expect these employees to generate good income and build lasting relationships while encouraging re-purchase on our behalf.

Unfortunately we do not have a clue what goes on in our various businesses when we are not there physically or when we do not have a reasonable person supervising. A lot of insensitive employers do not see the need to make little efforts in order to leave customers with lasting impressions or the need to keep their attitude in place. Some of them  simply do not understand what it means to be polite at the least. All they are concerned with; is to be physically present at work in order to get paid at the end of the month. In order words, paying attention to a customer and ensuring they are satisfied will mean going extra miles that they aren’t willing to travel.
I have visited numerous shops and experienced many services that made me wonder where the supervisors were and who hired these people that have been left in charge.
On my way to the airport in London¸ I was in a taxi that I had booked 24hrs before which arrived to pick me an hour late with a driver who had a head warmer on and a muffler around his neck and looked just like a criminal that just escaped prison. Usually the drivers this taxi company sent were always formally dressed and on time but not on this particular day.
After attempting to lift my suitcases into the car trunk a couple of times by myself, no one advised me to shout out for the driver when i almost landed on the floor with the suitcases on top of me. He apologised for not assisting me and helped me put the rest of my luggage in the trunk. Exhausted, I climbed in the seat right behind him (earlier that day I had watched a show on TV about taxi drivers who assaulted their passengers, the show host advised viewers to be very alert and if possible sit directly behind the driver).
He started the ignition and began to fiddle with the navigating system. The car started moving; he drove like a maniac and kept swearing at other drivers on the road. I was scared! Though he tried to be friendly, we chatted for a few seconds but I was very uncomfortable with him. He seemed so unsure of the way to the airport and at some point turned off the navigator, he then got on a long phone conversation with a girl whose voice I could hear where I was sitting at the back. He laughed out loudly speaking in a foreign language and almost hit two cars. All I wanted to do was get to my destination in one piece and still be alive.
The surprising thing was that I had been using  this company for several years and during those years I had never had a bad encounter with any of their drivers until this particular day. I told myself over and over that if I got to my destination safe I would never use the taxi company again. The Taxi driver made me feel so unsecure and I was panicked from the pickup point to my destination.
Thank God I got to the airport in one piece! As I pushed my trolley into the airport terminal, I thought to myself ” who do we leave in charge of our businesses?”  I was a loyal customer to that taxi company until one driver ruined it all.
Posted by Spynaija at 2:46 PM 1 comment: