Spur Lagos spun me around. WOW! 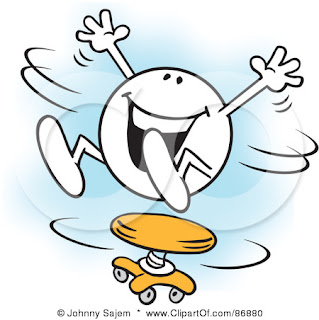 Yesterday afternoon i managed to blackmail my sister into taking me out for lunch, she agreed. we went to spurs at the ikeja mall. my friend told me about his experience at the place and promised to treat me to lunch there, unfortunately my sister beat him to it.

Meanwhile on one of my trips to London, my Lil cousin wouldn't let me rest until i finally took her to dinner at Spur, i loved it so much, i remember going back there several times after then, their steak and garlic bread were just too amazing. lovely!

So when i heard Spur opened in Lagos i was excited but then skeptical hoping that it wouldn't be another case of Nandos in Lagos.

Anyway my sister and i got to Spur this very day and were welcomed by two very eager and enthusiastic smiley faced waiters who led us to our table. The waiter brought us the menu, my sister and i studied it carefully and asked the waiter for help when we were stuck, he wasn't really that helpful at explaining what the meal was but his eagerness to please us didn't give us the chance to get frustrated. All we did was send him to the kitchen to ask about the menu when we saw that he was trying a bit too hard. He came back with the right answers and we placed our orders!

The restaurant felt a bit hot but before we could complain we were told by one of the waiters that an engineer was working on their air conditioning unit. He assured us that it wouldn't take more than a minute. Soon after, the restaurant started feeling and looking a bit smokey by this time a white lady who we presumed to be the manager came to meet us and explained to us that the engineers were working on their air conditioning unit but it was taking longer than usual. she assured us again that it wouldn't take much longer.

We were very dazzled by this customer service, it was just amazing,

though it looked like the place was about to get burnt, we still sat there smiling and waiting for our food

Two minutes later, a man with a South African accent came to us and introduced himself as the kitchen manager(i think) he explained to us that the power was out so our food hadn't been fully made but the food preparation would commence in three minutes when the power was scheduled to come back on.

We weren't still mad(amazingly), we smiled and thanked him. By this time my sister suggested we go and wait outside because of my nephew (who is only 6months) at least until the power came back on. On our way outside we told one of the waiters to call on us when everything was sorted. To our surprise about four minutes later, we were called in by a waiter and we went back straight to our former table as soon as we sat down, the manager came back to apologise to us( by this time we had received so many apologies we were practically swimming in them). Ten minutes later, the food was out. WOW!!!!!!!!

We were super impressed, so so so impressed. Now, this is what i call GOOD customer service! i almost wanted to give all the people who worked there a hug. it was fantastic service. The food was lovely, i enjoyed every bit of it and every single minute we were there was pleasant. My sister gave the waiter a good tip, he was very thankful.
Our experience here was so lovely, i almost forgot i was in Lagos!
Posted by Spynaija at 1:44 AM 6 comments:

Lister Hospital... The hospital that listens 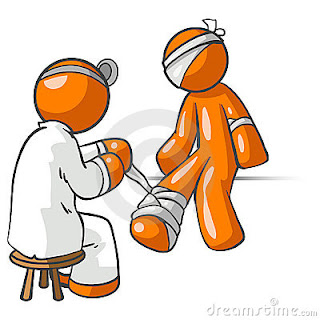 Lister hospital is a small hospital at Adeniyi Jones, a sort of place you would call "a small friendly family hospital". I love this hospital so much because of their passionate and caring attitude. The hospital is a very good example of a service organization with good customer service. Right from the security guy at the gate to the receptionist, nurses who take your vitals to the doctor himself.

On getting to the hospital that morning the security helped us find a parking space , greeted me very warmly and asked after my parents with a big smile. I entered into the hospital and was welcomed with a warm smile from the receptionist (though i wasn't feeling well I had no choice but to return the smile".

The receptionist invited me to take a seat in front of her asked after my entire family then went to got our family hospital file, not wanting to ask for my name, she asked if I was my sister and I told her my name, she apologized and quickly opened the file and took it to the nurse.I brought out a book while waiting; another nurse walked into the reception and greeted everyone waiting warmly and familiarly. I looked up and she recognized me and greeted me too asking after my parents, she assured me that it would soon be my turn to take my vitals.

A few minutes later I was called into the room where my vitals were taken (i wasn't very familiar with the nurses who took my vitals but they were still very nice to me). I was treated with respect and dignity right until I went in to see the doctor. Like always, the doctor was very kind and compassionate though I wasn’t in the best of health, I managed to smile a couple of times. I left the office, got my drugs, paid my bill and went outside with a cheerful farewell. On getting outside, the security helped us with the traffic and I just couldn’t leave without giving him a tip. He prayed that God blessed me and I said a good “Amen” to that.

I left thinking of the benefits a business can derive from having staff who possess wonderful attitude and a good customer service background. Though this lovely hospital does not have a unit where ultrasounds are done but has a relationship with another center(where scans etc are done) but that does not discourage me from going there. i love this hospital because I always feel at home and comfortable while I am there. most times i don't mind being referred to another center to get an ultrasound done.
Posted by Spynaija at 3:10 PM 4 comments: