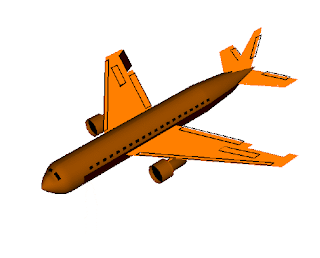 On the 3rd of June 2012, the people of Nigeria lost so many lives. People cried a river as the news lingered in the air that a Dana airline had crashed into a residential area in Ifako Ijaye! It was heartbreaking, several days afterwards people who weren’t even affected by the crash were still having nightmares.
I got a message from my brother saying that his friend's wife was also on the plane, he said he cried and couldn’t sleep pondering on the day’s happening. The feeling was so bad and sad it was sickening; everybody seemed to know one person or the other on that plane.

The number one problem I noticed in Nigeria is the irritating and annoying way that some service providers think they can treat their customers like mere cows. They do not consider or feel that their fellow Nigerians are worthy of getting good services and I don’t blame them because most Nigerians are just used to accepting rubbish service for their money. They manage bad services sometimes without even taking further actions to make sure they do not get that kind of service again.

Service providers should at all times aim to provide the best service to their customers whether it will cost them their lives or not. For instance, If Coca-Cola decides not to repair a leaking machine and some kind of dangerous oil keeps leaking into the already mixed drink, would it be sensible to still sell it? No, I doubt it very much that if they are aware of that they would still sell the product no matter the quantity. But guess what? Some Nigerians might still offer to buy those contaminated products at very low cost though they know it is damaged and bad for consumption. This is why most service providers treat us like crap.

Another example, if a drug company had some kind of default with the machine mixing the chemicals that form a drug. Let’s say each time this machine is mixing the chemicals something drops into the mixture let’s say a type of rat poison, would they still sell it? No! If they are aware of it they wouldn’t dare!

So why should an airline company decide to fly its plane if it’s not air worthy?

Thinking about this gets me confused. if it were a private jet and the owner insisted on flying the plane even with it being faulty then that is his own business it would be a risk he would be willing to take with his own life, but not a commercial flight that people have paid for and a service that involved human lives.

This is why I am still very perplexed about what was said about the airplane being faulty. Did they really know that the plane was faulty or was it just a rumour?

If they knew their plane was faulty before the journey even started, didn’t they owe it to their customers to deliver to them good quality service especially because they were paying for it? (and even if they weren’t paying for it) It would have still been good customer service if the plane was delayed for a replacement plane and the customers were compensated in a way later. In this case, it wouldn’t be a matter of getting a customer to his/her destination on time but a matter of getting them there safe and alive. The customers might complain but they wouldn’t lose their lives and the airline its license and an unforgettable stigma on their name and image for a very long time if not forever.

Let’s assume that a company is trying to be greedy or self centred which then leads them to not caring about what the customer gets in return as value (thinking about only the profit they would make from the sale). The cost of being a careless customer service provider is very high, higher than what customers pay for the intended service. Most times they end up paying compensation to all affected parties. Like the airplane that crashed, though their insurance company will be paying a lot of money in compensation, the airline will still suffer a lot of loss because the government revoked their license a few days after the crash so their airplanes will not be flying. As long as their airline’s license remain revoked they will continue to lose money until they are allowed to fly again if ever again. And talking about customers, they have lost a lot of customers already and have caused grief in so many homes. Now, how much does a ticket to Lagos cost?. They will be paying back more than what their customers paid for a flight to Lagos.

Speaking about compensation,I felt even worse when I visited somebody whose dad died in the crash. What sort of compensation can bring the dead back?

I mean, when you hear Dana now you think “Plane Crash”

The brand name is now associated with sorrow and loss.

In response to the question I was asked concerning bad customer service being a related topic to the crash? Yes! Good customer service might have saved this particular plane crash and many lives.
Good customer service almost doesn’t exist in Nigeria and when foreigners come, sometimes they follow our steps and treat us the way we treat each other since we don’t think we deserve good services.

Service providers need to pay more attention to the services rendered to their customers. When somebody pays for a certain service, they should get value for it. Every customer deserves to be treated right and they also have the right to demand for the best.

It annoys me so much that people (customers) don’t know what they should be getting for their money but settle for less.
I wonder when Nigerians would stop accepting bad services. When would they start delivering good services? When would they realise that treating and rendering poor service to their customers will cost them more in the long run.