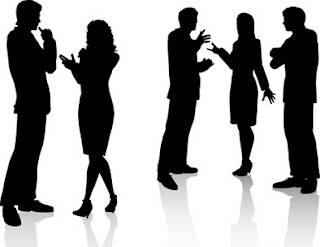 On this particular evening on my way home from work, I contemplated for several minutes whether to stop at a shop close to home to buy some toiletries or not, after thinking and thinking about it I decided to stop by at the shop.

I went in; bought all the things I needed and hurriedly went into the car with the mind of going home to take a nice afternoon nap. I climbed into the car, dropped my shopping by my side and began to look at the messages on my phone as the driver reversed while taking directions from the security guard. The car suddenly stopped and my mind immediately told me that we had hit a stationery car. I asked the driver what had happened but he tried to play dumb so I got out of the car to quickly see the damage we had caused. And behold we had broken the rear light of a company car. In a relaxed manner I told the driver to park the car and walked up to the car we had damaged. Some ladies got down and started lamenting; calmly I apologised and asked what I could do to help the situation. They said that I had to follow them to their company which was a mortgage bank down the road. I accepted to drive behind them while they insisted that one of their colleagues rode in my car with me. I didn’t have a problem with that. A few minutes into our journey I turned to this nicely dressed lady seated in my car and asked “Aren’t you scared that I might kidnap you and take you to some strange place?” she answered in a defensive tone “No¸ I have no reason to be scared” I kept quiet for a few minutes and said to her again

“I can actually kidnap you and drive you to a strange place, you don’t know who my driver and I are”

she tried to be defensive again but I guessed she was a little nervous, so I decided to stop my mischief and assured her that I had no intentions of kidnapping her and at that point we got talking until we got to their Bank.

When we arrived at the Bank, the security men greeted me very well, one of the other ladies who I would name Anne was already addressing me as “Ma” as she led me into their bank and offered me a sit (their manager who, they had wanted me to talk to was in a meeting). So I sat down (by this time, I had called my brothers and they were on their way to the bank to rescue me) and kept myself occupied with my phone. Every single staff that passed by me greeted me very warmly (I kind of felt very relaxed and was quite impressed). Anne came to sit next to me and started to explain how she felt bad that I was in this situation and if it were her car she would probably let me go. She was fascinated by my calmness. A little while later their Admin Officer (she didn’t appear that nice) walked up to me, acting tough she asked what I would like to do regarding the little accident, since I had never been in this situation before I told her that they had to tell me what they wanted. Anyway she sent somebody to get a quote from Honda while I sat and waited, by the time my brother arrived, Anne had introduced me to half the staff at the bank and had also offered me a book to read and tea or coffee. Everyone at the bank was very nice and supportive, I almost forgot what brought me there..

My brothers got to the bank and tried to resolve the matter. They spoke to the admin lady who had somehow softened up and spoke nicely to them. Anyway we came to an agreement to end this story. Their manger finally stepped into the matter, such a fantastic woman, her smile alone could melt your heart and make you bring all your money into their bank. She told us not to pay for the damages¸I gave her a big hug and promised that we would bring them business.

Meanwhile, while I was waiting for my brothers to arrive, Anne and her colleagues were already marketing their services to me which I didn’t feel weird about because already they were very nice to me, they exchanged phone numbers with me and I promised to win them one customer at least, which would be me (their attitude was very right and I was very impressed considering all the rude stories I had heard in the past about girls that worked in the bank).

Every staff that I came across on that day whether on the corridor or while I was at the lobby greeted me well and made me feel very comfortable,

you would think I was a customer and not a culprit.

For the few hours that I was seated at the bank, I knew that the employees there had their game on, knew very well the secrets of delivering good customer service and definitely knew how to win new customers. Even in the midst of chaos, we still got wooed by their good customer service and would definitely do business with them now and in the future.
Posted by Spynaija at 9:27 PM