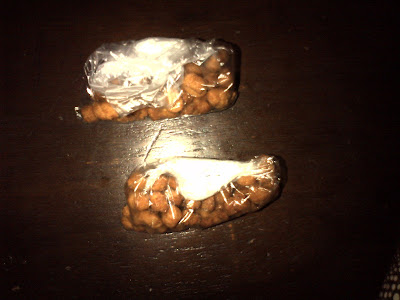 Yesterday when I walked into my sister's office, I saw some chinchin (Chin Chin is a fried snack popular in Nigeria. It is a sweet, hard, donut-like fried dough of flour,egg, and other customary baking items ) in a plastic bag, that kind of plastic bag that bread sellers put Agege bread in; in some places they call it eba nylon lol! it is very light and the cheapest form of plastic bag I know. It gets damaged easily and I don't trust it to keep any type of snack crunchy especially if the bag isn't doubled or isn't stored in an air tight container.

I honestly thought the chinchin was a project my nephew did at school but was told that the snack which was coconut flavoured was brought in as samples by a woman whose name sounded very familiar. I tried to remember where I met her, it clicked! she was that woman, who came to market a product a year ago and after talking to her I found out she had a miraculous voice. I remember I made her sing at least two songs on that day, my sister and I couldn't stop marvelling over her voice. We had goose pimples and tears in our eyes as she sang so effortlessly. We asked what she was doing hiding such great talent; she smiled and said she was working on an album. We encouraged her and told her what we knew many others would have told her, I.e. that she had a beautiful voice and was very blessed. 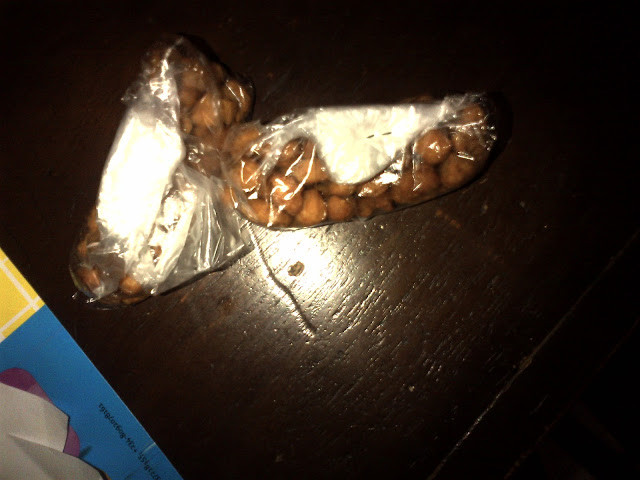 This is why I was surprised when I was told she was the one who brought the unattravtively packaged chinchin as samples. I exclaimed "coconut chinchin again!" and in this form of package(come on woman, its 2013) The packaging was just so so so wrong, she put it in a plastic bag and by plastic bag I am honestly being extremely posh about it, I should really be calling it nylon bag or eba nylon she then folded the bag and stapled it. No way! Only if she supplied it to the aboki's who I am certain would reject it because of the packaging, it wouldn't last long in their kiosk before the bag starts to tear. My sister was very disappointed she said surely this woman must have seen chinchin in thicker plastic bags and even sealed. 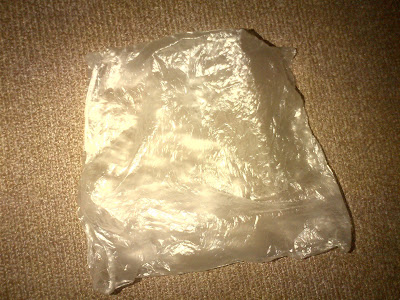 I could never buy such, the packaging was a real turn off. Honestly, it doesn't cost that much, even if one cannot afford a sealing machine, which isn't expensive nowadays there are other DIY methods that wouldn't even cost anything. Anyway,the coconut chinchin tasted OK, but it still had a long way to go in order to satisfy consumers I.e. it was very brown and a bit oily. Why bring such product as a sample to potential customers.
Her chinchin didnt match the kind of voice she had. Shouldn't this woman stick to the singing she knows how to do best. But when one considers the unemployment rate and standard of living here in Lagos, I really wouldn't blame her, sometimes anything goes. But whatever is worth doing they say is worth doing well.
Posted by Spynaija at 4:49 PM