Last valentine was something else, I found myself settling a fight between two of myfriends who had been married for over 5 years.
Toni was in her office, watching and getting depressed because she hadn't received her valentine package yet, all the younger girls in her office were all beaming in smiles, not only were their smiles annoying, they were all also wearing a touch of red. She hissed as she spoke to me in her office bathroom. She was complaining bitterly about her husband Paul who is also my very very good friend. Several times I tried to get her off the phone so I could focus on my work, but she kept calling me back and was almost ruining my own day with her nagging. 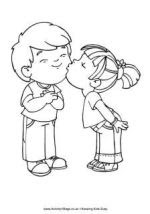 Once I got the chance to get off the phone I quickly called her husband Paul who sounded very panicked, I asked what was wrong, he said the people he ordered Toni's present from hadn't delivered them to her and she would be leaving her office in 2 hours. He asked me to please convince Toni to stay a bit longer at work as she was no longer picking up his calls. Out of pity I agreed to call Toni again, I told her so many silly stories and even had to lie that I might be stopping to give her a present too, just to make her happy.

After two hours, Paul called and told me that the delivery man was almost at Toni's office he had been stuck in the crazy Lagos valentine traffic, with a sigh of relief I shouted "hallelujah". 5 minutes after I got off the phone with Paul,  my phone rang, it was Toni, excitedly I picked up the phone, thinking she had good news, but I could only hear someone sobbing, I was scared, a million things ran through my mind, did the delivery man fall dead? "What happened?" I kept asking. I could also hear her colleagues asking her to stop crying, when she could finally speak, She said the chocolate Paul sent to her had melted the cake had smashed, the teddy bear was stained and to top it up the card was addressed to another woman with her husband's name at the bottom. Then she started weeping again. I was confused! I didn't understand, was Paul cheating? He must be a big goat! I thought out loud. 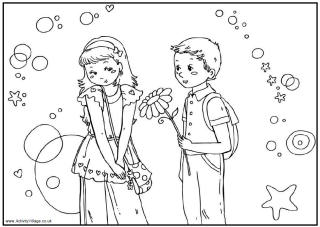 So I called Paul,  before he could speak, I shouted at him." You are such a stupid goat, if you are going to cheat on your wife must you also rub it in her face, at her office on Valentine's day?" Paul said he didn't understand what I was on about. I explained what his wife told me, he was very confused. He said he 'd call me back. He called the company he ordered the present from.

To cut the long story short, It was their mistake(The people he ordered from) they had addressed the card wrongly and had almost caused Paul his marriage.  This issue didn't get resolved until almost midnight, everyone including Toni's parents had to come to resolve this silly conflict. Thanks to the  unorganised company, a marriage could have ended on that Valentine's day.

This Valentine's day be sure to state your order clearly, making sure whoever takes your order gets it right(if possible get them to repeat it). Avoid popular restaurants especially if you didn't make a prior reservation, set out very early on your date and if you don't really need to be out, please enjoy your valentine at home with your lover.

Service providers, please don't take more orders than you can meet. Let it be a Merry Valentine's day for all.

Love is a beautiful thing! Happy Valentine's Day all! x